The Paleolithic old Stone Age sites are widely found in various parts of the Indian subcontinent. These sites are generally located near water sources. Several rack shelters and caves used by the Paleolithic

people are scattered across the subcontinent. They also lived rarely in huts made of leaves. Some of the famous sites of Old Stone Age in India are :

In the Old Stone Age, food was obtained by hunting animals and gathering edible plants and tubers. Therefore, these people are called as hunter-gatherers. They used stone tools, hand-sized and flaked-off large pebbles for hunting animals.
Stone implements are made of a hard rock known as quartzite. Large Pebbles are often found in river terraces. The hunting of large animals would have required the combined effort of a group of people with large stone axes. 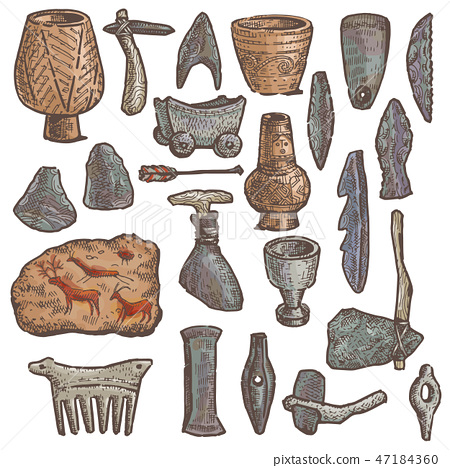 We have little knowledge about their language and communication. Their way of life became modified with the passage of time since they made attempts to dimesticate animals. Make crude post anda grow some plants.
A few Old Stone Age paintings have also been found on rocks on Bhimbetka and other places. The period before 10000 B.C. is assigned to the Old Stone Age.
Read also :
Tamil poet and Nationalist Mahakavi Subramanya Bharathi
Growth of Indian Nationalism in India – Itihaas Pedia
Black-necked cranes and Threats
What is National Monetization Plan ?
Post Views: 143